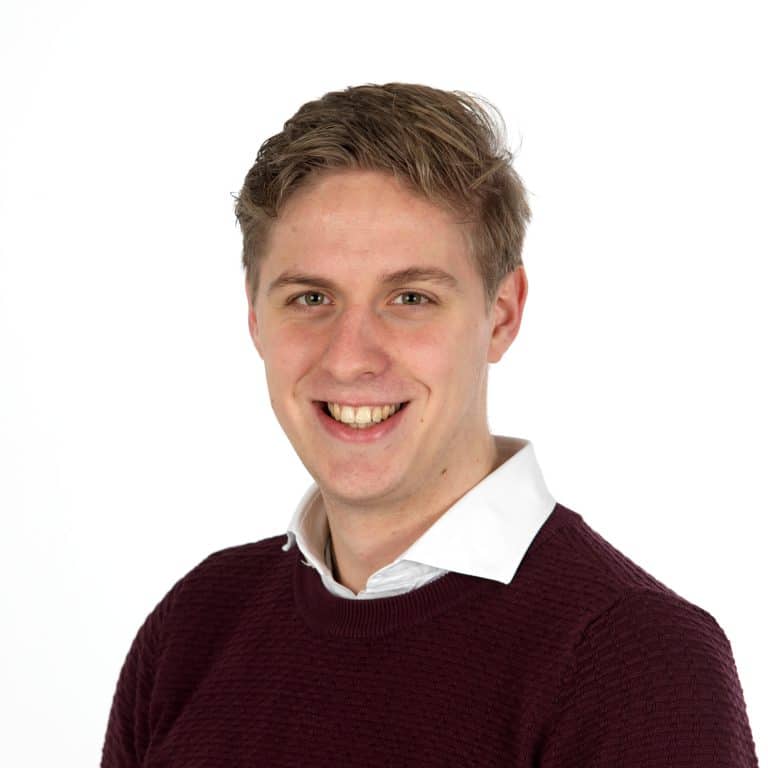 "Your own initiative is greatly appreciated here"

During the week he works hard on his studies and at the weekend he earns extra money as a programmer at GDK. Erwin wears both hats effortlessly. “Thanks to my work at GDK, I am making great strides. At school I notice that I understand certain theoretical concepts better. This enables me to put my studies into perspective. That’s really valuable!”

Erwin is studying Computer Science & Engineering at Delft Technical University. “The interest in programming started with my brother. After school I was busy doing maths and my brother said: ‘You can also get a computer to do that.’ Then he showed this on the screen. In my fourth year of school I chose computer science as a subject. During a trial lesson, I was able to make my own game: break-out. The possibilities were endless: making the ball bigger, using special effects or changing the speed. I noticed that I could use all of my creativity in computer science. My imagination comes to life while programming.”

"I haven't finished developing and inventing yet. As students, we show a lot of initiative and fortunately that is appreciated."

In the early days of his studies, Erwin felt that he was not yet at the same level as some of his fellow students. “There were whizz kids in my class, that were already working on open source projects or writing software for large parties. When we did a group project, a classmate would teach me the lesson. Everything was already thought out by then. In the meantime I had a part time job as a cleaner. That job had little in common with my studies, but then my mother came up with an advertisement from GDK Software. Everything fell into place. I thought to myself: I have no knowledge or skills to help such a company, but eventually I did apply. Marco and Kees were very open during the job interview. Thanks to them I got the chance to develop myself.”

From a beginner to a pro. Within a year the roles have been reversed. The gap between Erwin and the whizz kids has become significantly smaller. “Of course this is done step by step,” continues Erwin. “In my first two weeks at GDK, it felt like an uphill struggle. Fortunately a colleague at GDK showed me the way and gave me the opportunity to make small applications step by step. Now I take care of everything myself. I have contact with customers, build applications and put everything online. I am also part of a student team and within this team we rely less on other programmers. We are now a self-managing body. The biggest challenge is staying in contact with the other developers. In the holidays this goes well because then we can work together, but during term time I am of course in school.” 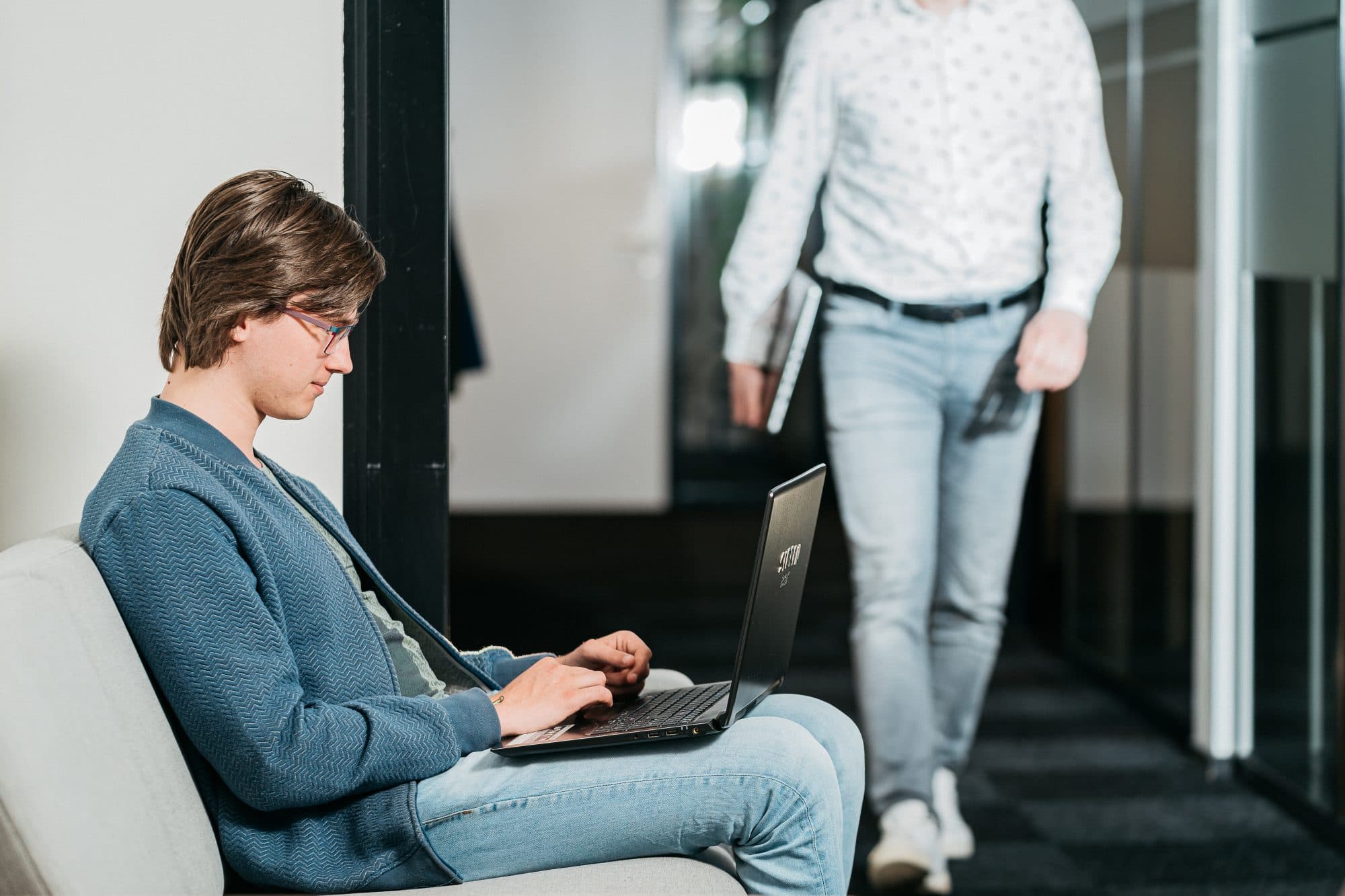 Meeting each other during the Company Days

Fortunately there are Company Days, where there is a chance to meet each other. “For me, those are the high points of the year. Last time we went karting. It was like at Le Mans with teams of two or three drivers. We really had to have pit stops and then it was all about tactics. On days like these, you have intensive contact with a colleague that you may not normally speak to very much. This also applies to our English colleagues. Of course you sometimes struggle with language, but everyone does their best to involve each other. I also have to give my compliments to Francisca, who always managed to come up with something original.”

At GDK employees get perks, such as an e-reader, an annual museum pass and a gym membership. “A nice balance of practical and fun things,” says Erwin. “I use the Kobo e-reader a lot on the train to Delft. I have read a lot of books.”

Erwin hopes to stay at GDK for a long time to come. “I’m on a team with two other students. Together we form a data analysis team. That is a new branch and I am curious what it will bring. The possibilities are enormous: machine learning, AI, big data, algorithms… For example, I am currently working on a dashboard for a company that surveys houses. This customer can see everything in this dashboard: in which areas are there too few orders? Where are jobs being cancelled? Where is the workload too high or is there too little capacity? I haven’t finished developing or inventing yet. As students, we show a lot of initiative and fortunately that is appreciated. Kees and Marco always help us when we are stuck on something. By showing initiative, doors open.” 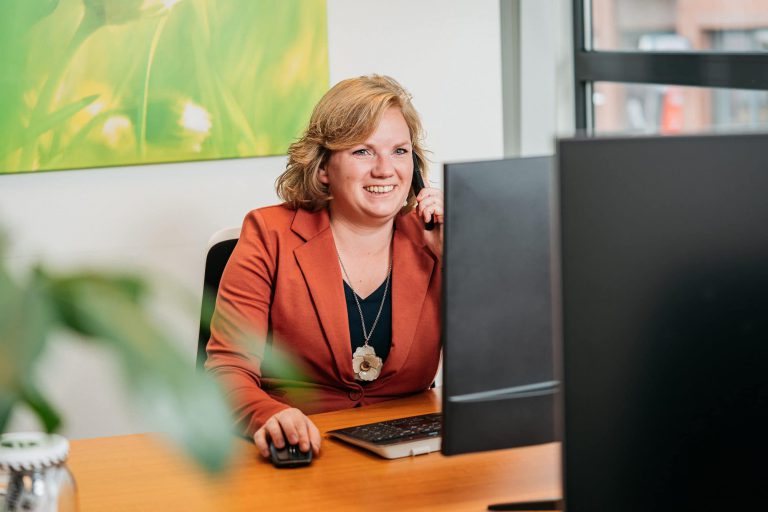