No, Borland was not a mathematician or a professor. Borland was a software company that developed Turbo Pascal in 1984. This was a compiler for the IBM PC.

In 1995 the first version of Delphi appeared for Windows, replacing Turbo Pascal. Delphi is software that uses the Object Pascal programming language and an integrated development environment (IDE) to develop applications faster. On the packaging of the Delphi CD-ROM and on the CD itself is very large ‘Borland’, which is why Delphi is often called ‘Borland Delphi’. 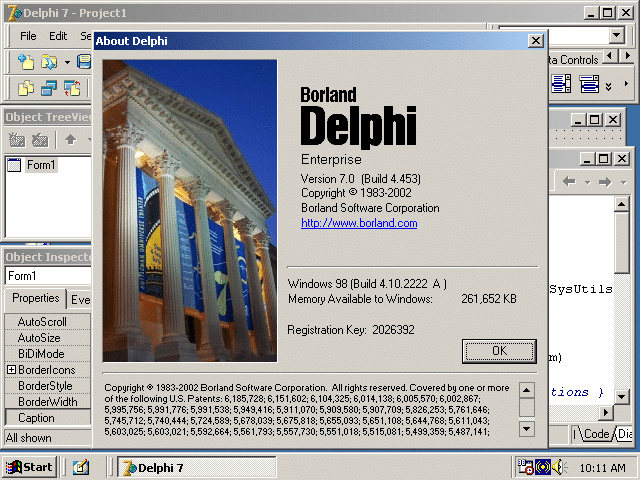 An old version of Borland Delphi.

In 1998 Borland changed its name to Inprise Corporation, but a few years later it became Borland again. The company cooperated more and more with Microsoft and brought .NET support in their compilers.

In 2006 Borland set up a new department for the development of software tools. This department was given the name CodeGear and was responsible for 25% of Borland’s total turnover. After two years, CodeGear was sold to Embarcadero for 23 million dollars. The latest Delphi version is being developed by Embarcadero.

Ultimately, the company Borland was acquired by Micro Focus in 2009. Micro Focus paid 75 million dollars, which amounts to 1.50 dollars per share. The 750 employees of Borland then joined Micro Focus on the payroll.

Are you still using an application developed in an old Borland Delphi version? Time to update! At GDK Software, we help you prevent developments from coming to a standstill. Update your Delphi application and stay up to date. 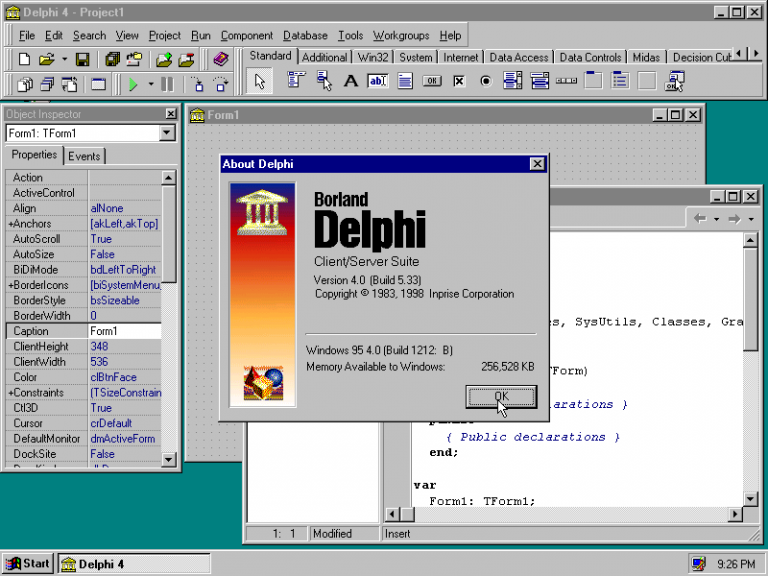