Information displays kept up to date thanks to Delphi application

Information displays kept up to date thanks to Delphi application 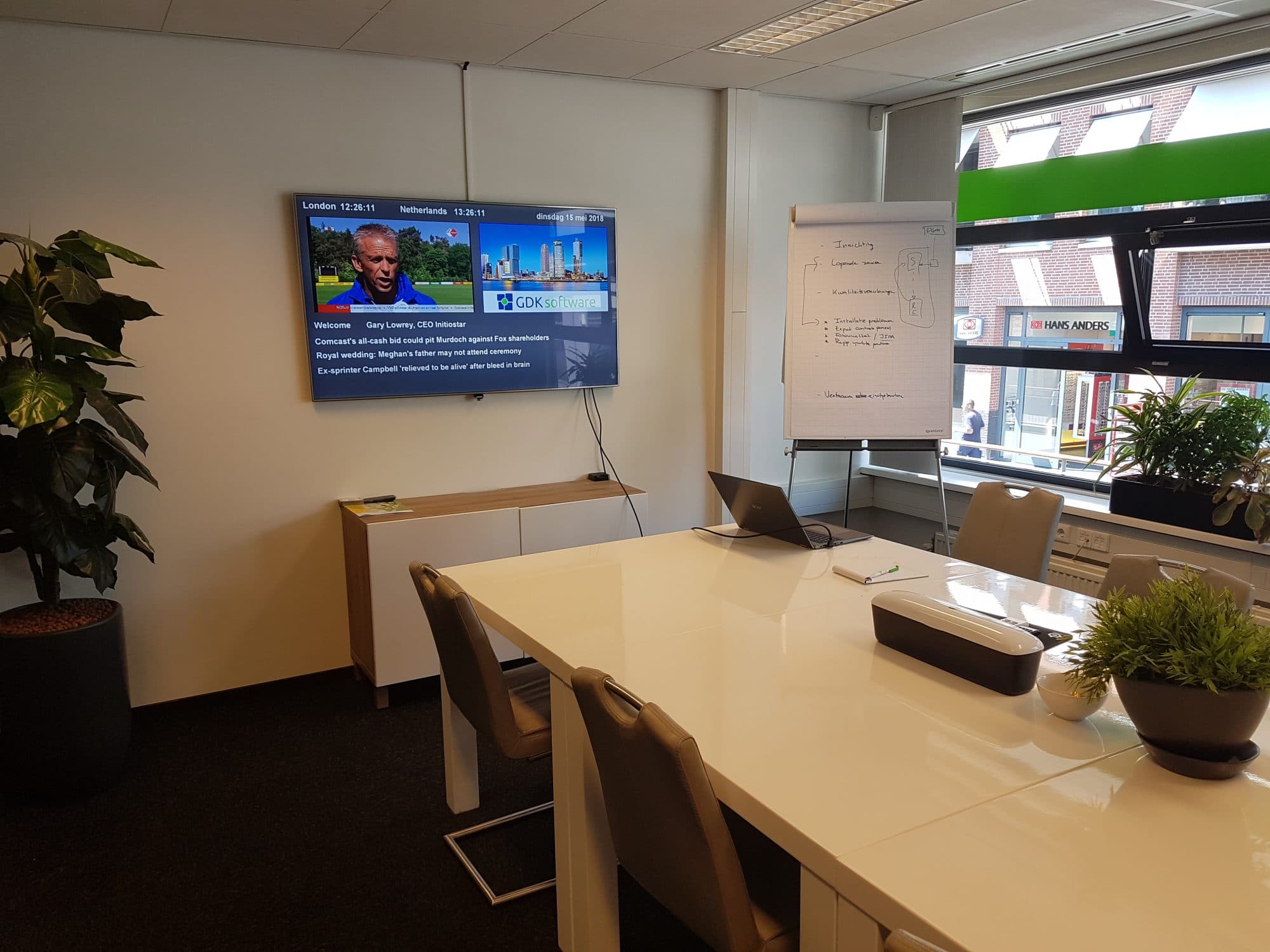 "GDK helped us to fulfil our customers' wishes"

The interactive displays of OmniDisplay display real-time information. Behind this continuous flow of information hangs a unique Delphi application that was once built in-house, but which is now being developed further by GDK Software. “GDK helped us to fulfil the expectations and wishes of our customers,” says Gary Lowrey, CEO of Initiostar.

The British company Initiostar was founded in 2002 by Gary. Gary soon got the opportunity to work with Adobe. “I worked out demos for Adobe Atmosphere, such as virtual environments. That’s how I built a virtual race track. A Dutchman, Briton and Australian could log in at the same time and race each other. That was unique at the time! Or what about a virtual cinema or virtual café? Internet users saw each other live in the virtual environment and were able to chat with each other. It was a forerunner of today’s social networking sites.”

Unfortunately, Adobe Atmosphere was a niche product and support soon ended. Gary looked for new opportunities and in 2010 discovered a company that sold LED screens to financial companies, for example to display real-time prices. “A few years later, I took over this company,” says Gary. “It was then that I saw the opportunity to market their main product – OmniTicker – more widely. OmniTicker shows real-time information on a narrow LED screen. With our new product – OmniDisplay – I wanted to display information on other screens, such as television screens and video walls. ” 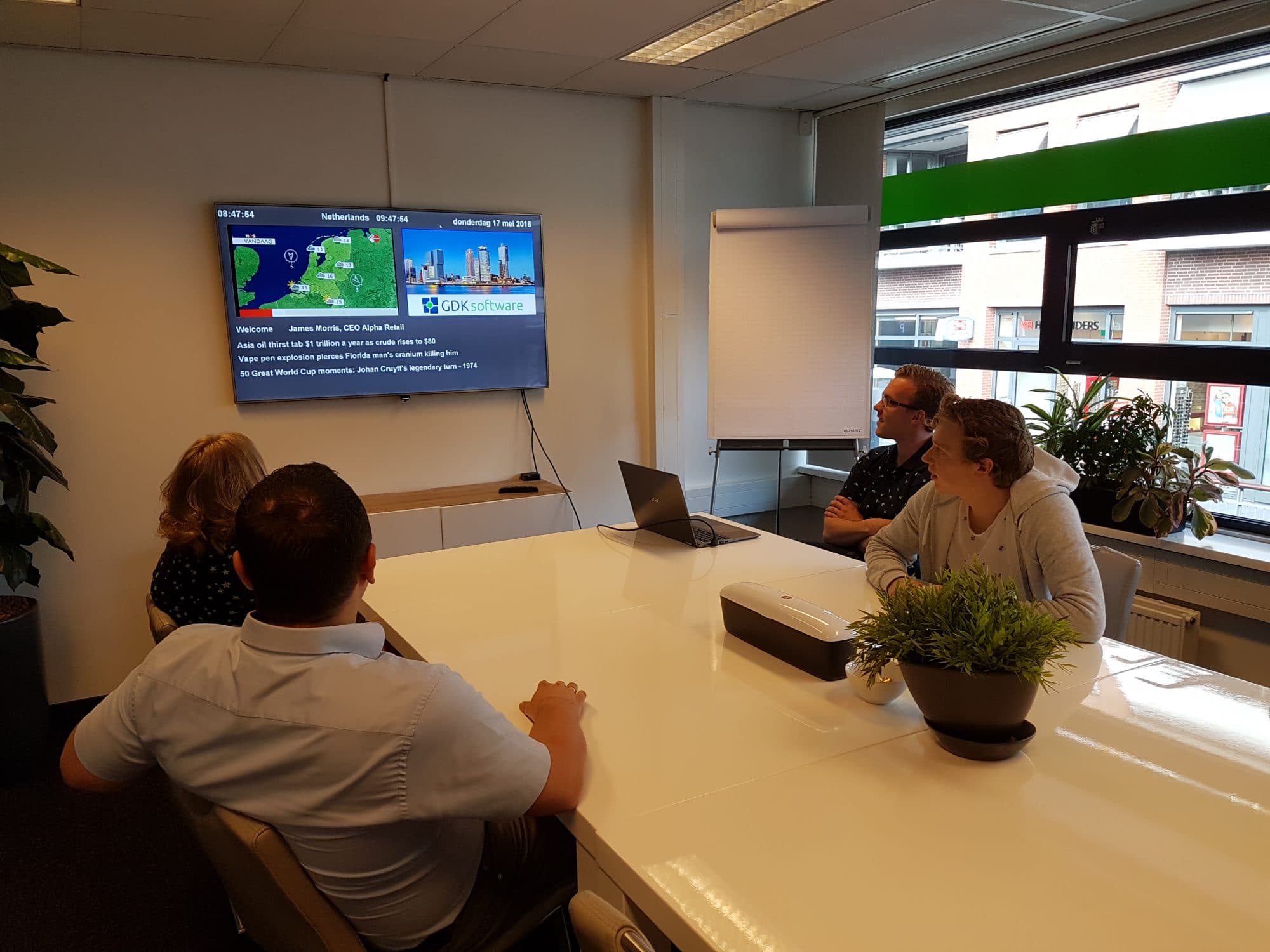 Gary looked for a good Delphi developer to develop OmniDisplay and eventually found GDK Software. “I had a nice conversation with Marco. It didn’t matter to me that the company was based in the Netherlands. As long as the time zones matched somewhat. I also looked at companies in India, but then you are talking about a difference of five to six hours. ” In 2015 GDK got its own English office and James became the contact person. From that moment on, developments followed at a rapid pace.

With OmniDisplay, Gary was able to reach new companies. “A good example is Greenyard, a large distributor of fruit and vegetables. Television screens displaying real-time information from their production systems are installed in the corridors of the head office. The information is clear and everyone is kept informed. This would not have been possible without the development work carried out by James.”

"Thanks to the one-to-one relationship with James, there is a partnership with GDK."

Companies can use the software to make their own displays, but a large part of the customers outsource this work to Initiostar. “We write the content, link the internal or external feeds and create the graphic elements, basically like a digital agency does. This is a turnkey solution. We call this ‘content as a service’.”

Considerable steps have been made, especially in the past twelve years. Gary: “That’s how we built a 4K layout editor. If you have a 4K screen, you can easily adjust the interface of OmniDisplay. For that, we largely had to redevelop the editor. This project has just been completed.”

“Together with GDK Software, we achieved what we wanted to achieve,” continues Gary. “In recent years I have worked a lot with James. The added value of working with an individual is that he now knows how OmniDisplay and OmniTicker work. When it comes to improvements, we discuss the possibilities together and a plan of action emerges. Thanks to the one-to-one relationship with James, there is a partnership with GDK.”

“Our future is no longer limited by technology. We work closely with Microsoft and Windows 10. We will continue to work with GDK and investigate how our products can be even better. For now we have a great product line and we enjoy great support from GDK.”

We can tell you all about this app