What is the latest version of Delphi? All about RAD Studio 10.4 (Sydney)!

Home → Knowledgebase → Delphi → What is the latest version of Delphi? All about RAD Studio 10.4 (Sydney)!

The latest version of RAD Studio is 10.4 (Sydney). Within this Delphi IDE you can use the Delphi development language to build applications. These applications are suitable for Windows, Android, Linux Server, Linux Desktop, iOS and macOS.

RAD Studio 10.4 brings many visual improvements, such as a razor sharp interface on 4K monitors and modern title bars similar to Chrome, Edge and Office. In addition, 10.4 is more stable and there is a new debugger for C++ Windows 64-bit. Furthermore, RAD Studio 10.4 increases productivity because of the greatly improved Code Insight. This saves a Delphi developer valuable time.

In the video below Embarcadero discusses the improvements in 10.4.

RAD Studio 10.4.1 was released in September 2020. It is now possible to develop apps for Windows Server 2019. Improvements have also been made within the IDE, Parallel Library and Delphi Compiler. Curious about all the improvements? Check out the Release Notes here.

Would you like to update to RAD Studio 10.4? Maybe your apps are already running on Delphi 10 and updating isn’t much work. Has your application been developed with Delphi 5 or 7? Then it is important that the application is converted to the latest version. We do this with our own conversion tool. This saves us a lot of time. Please contact us if you are interested in a Delphi upgrade. 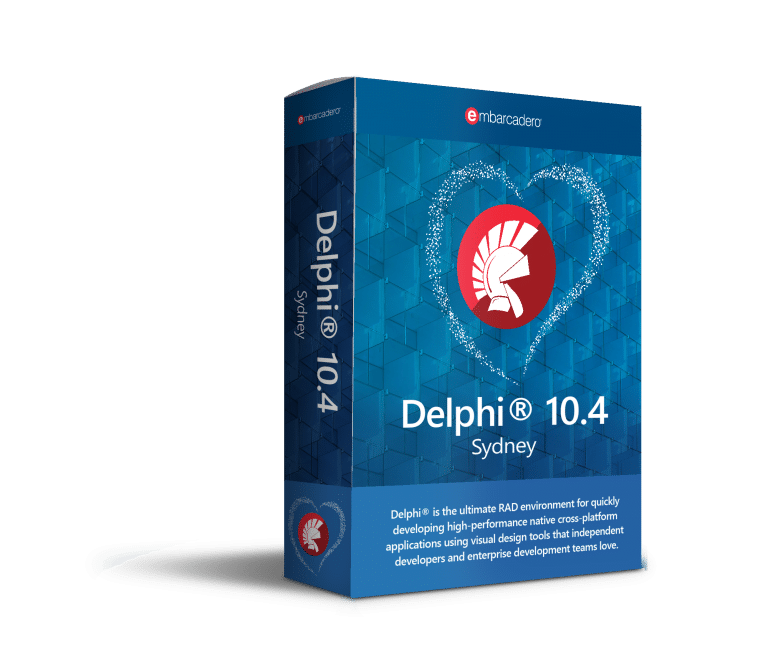