Without further reading, do you remember how long ago it was when Delphi 5 was released?

I had to look it up, but the release of Delphi 5 was in August 1999. More than 20 years ago now! Since Delphi 5 the IT landscape has changed a lot. But also Delphi itself got a lot of new features in the last 20 years. I thought it would be interesting to list the most important improvements since then. So, let’s start with Delphi 5.

Delphi 5
Delphi 5 added the support of frames. There were no new language features.

Delphi 6
A number of new compiler directives were introduced, such as MSWINDOWS and LINUX. Yes, that was all about Kylix…remember that? Other than that, support for {$IF}{$ELSE} compiler directives is added, and some minor variant and interface properties changes.

Delphi 7
We are now in 2002, August. Delphi 7 added quite some Code Insight and debugger improvements. Rave Reports got introduced with the professional and enterprise editions, as well as ModelMaker. With Delphi 7 you can use Windows XP themes.

Delphi 2005
There is now support for three different personalities: Delphi for Win32, Delphi for .NET and C#. There were quite some language improvements as well, such as for … in loops, multi-unit namespaces and the inline keyword.

Delphi 2006
A significant new addition to Delphi 2006 was the new context-sensitive and dynamic Live Template system. This was a replacement for the Code Snippets and Code Templates tools.

Delphi 2007
As of this moment, Borland had split off the development department under the name Codegear. CodeGear is the new name for the Developer Tools Group, owned by Borland.

There were no language changes, Delphi 2007 is a non-breaking release, so DCU’s from Delphi 2006 will work unchanged in Delphi 2007.

Delphi 2009
In May 2008, Borland and Embarcadero announced that Embarcadero had purchased CodeGear, so from Delphi 2009 onwards all releases of Delphi are from Embarcadero.

This was also the first version that was fully Unicode compatible. Every string now maps to UnicodeString and so on… 🙂 Delphi 2009 also included two major new language features – Generics and Anonymous Methods. In many ways, Delphi 2009 was a big step forward.

Delphi 2010
Delphi 2010 included Enhanced Delphi RTTI (Run Time Type Information) support, attributes and the as / in operators. Also added was the official support for Windows 7, a source code formatter and other IDE improvements.

Delphi XE
The first of the XE releases of Embarcadero. The most important language expansion was the support for regular expressions. Subversion support directly from the Delphi IDE is also available.

Delphi XE2
Delphi XE2 was released at the end of September 2011. This was the first release with cross-platform support for Mac OSX and iOS (via Firemonkey), and also support for Win64.

Delphi XE3
Added support for Windows 8 (with the Metropolis UI) and Mac OS X Lion, but removed support for iOS. There weren’t a lot of language improvement, most of the new features belonged to the Firemonkey framework.

Delphi XE4
XE4 reintroduced the support for iOS. FireMonkey added controls for motion sensor and GPS. Shortly after this release, FireDac was made available, with support for XE3 as well.

Delphi XE5
As of this version, Android (via Firemonkey) is also supported. Again, most of the improvements are focused on Firemonkey.

Delphi XE8
Released in June 2015. The most important expansion was the support of 64-iOS. Many native components have also been developed for Firemonkey. The RTL now has an Asynchronous Programming Library. This was also the last XE release.

Delphi 10 Seattle
Both VCL and Firemonkey added the support for Windows 10. There were some VCL styling improvements, as well as numerous language improvements.

This is the first release of the ‘cities’ releases.

Delphi 10.1 Berlin
There are many relatively small improvements for both VCL and Firemonkey, but there are no specific things that stand out.

Delphi 10.2 Tokyo
The main new feature is the support for Linux (only for console and non-visual applications).

Delphi 10.3 Rio
For the VCL, there is now support for high DPI displays and new Windows 10 and WinRT APIs. As for language additions, inline variables were introduced.

Delphi 10.4 Sydney
The largest improvement to Delphi is the Code Insight using a Delphi implementation of the Language Server Protocol (LSP). This means that the IDE will never block while completing and Code Insight will provide accurate results. Delphi 10.4 added Linux Desktop support.

Future releases
Would you like to know more about the roadmap of the upcoming releases? Take a look here at the roadmap of Embarcadero
As you can see, a lot has changed since Delphi 5. Although there have often been choices that didn’t have the best results afterwards (think Kylix or the first versions of Firemonkey for iOS), there are many improvements if you compare Delphi 5 to Delphi 10.x.

So, still on an old version? Time to upgrade! 😉 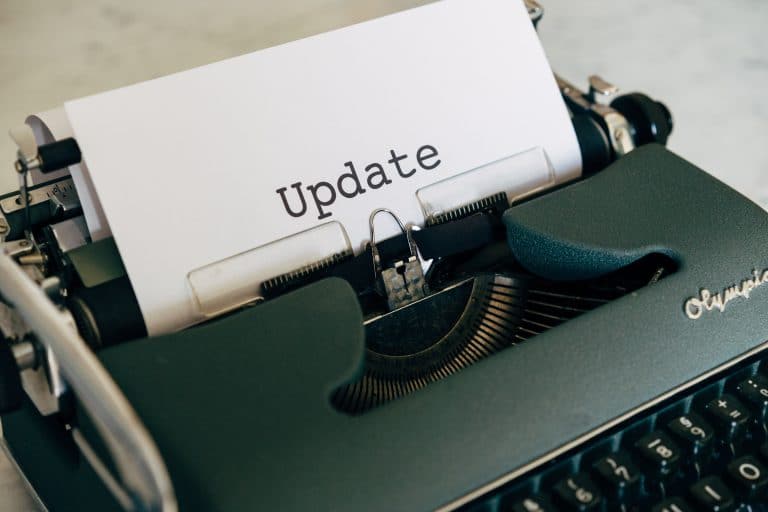